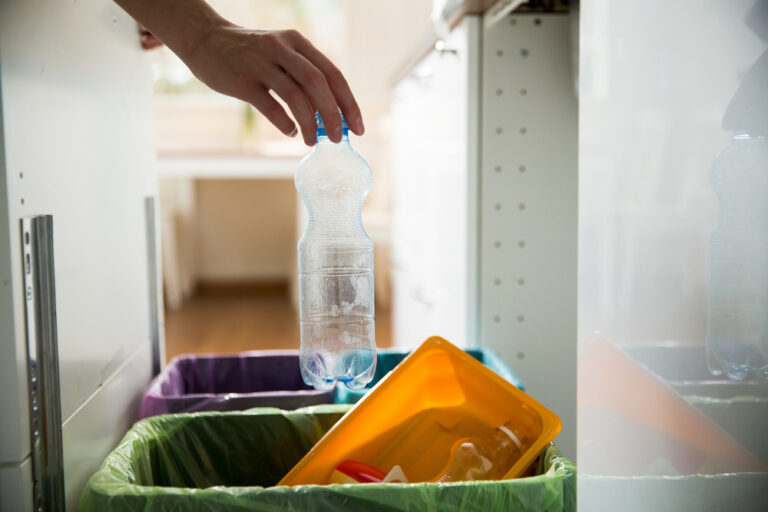 For many households, recycling is the simplest way they feel they can help to save the environment. However it’s not as straightforward as it may seem and actually research has shown that two thirds of all UK households are not sure which bin to use for specific items and over two thirds of brits are putting things in those bins that can’t actually be recycled!

Here’s just a few of the most common items you’re probably throwing in your recycling bin when you shouldn’t be!

It’s understandable that many of you would think that if you can recycle glass bottles and jars, that any unwanted or broken household drinking glasses, cookware or Pyrex should be recyclable too. WRONG. These particular items are in fact non-recyclable. This is because they are heat-treated to not melt at the same temperature as other glass items. So when it comes to recycling they wouldn’t break down in the same way.

The majority of us are culprit to hanging onto receipts for much longer than required, but when it eventually comes to having a clear out think again before thinking you can recycle this paper. Any that are printed on shiny, thermal (thicker) paper are not recyclable because they are coated with a substance that makes them non-recyclable and if released into the environment can be harmful.

The way in which you can instead be more environmentally friendly is to opt for a email receipt which many stores now offer over taking a traditional printed one.

We’ve all opted for an easy option when it comes to picking up a pre-prepared salad bag, however this doesn’t mean it’s just as easy to throw in the recycling. These plastic bags are made differently by combining different types of plastics to keep the bag airtight and the salad fresh, so when it comes to recycling they can’t be broken down as easily. So next time it comes to throwing one out, pop it straight in your normal waste bin.

When it comes to kitchen roll, you’re probably thinking this is one you can definitely recycle as ultimately it’s made up from paper and cardboard, both of which can be recycled. WRONG. A lot of kitchen roll tissue is made from already recycled paper therefore meaning it can’t be recycled again as the fibres will be too short and result in a poor pulp from the recycling process.

UK households love enjoying a pizza whether that’s from your local takeaway or the supermarket. But think twice before you immediately throw the box in the recycling straight after enjoying the its contents. If the box is soiled, from grease, sauce, cheese or leftover food then the box cannot be recycled because the paper will not be able to separate from the oils during the pulping process.

If your box is clear though then recycle away – in fact most supermarkets and top takeaway chain Domino’s pride themselves that their boxes are 100% recyclable because of the way the food is packaged inside them.