A brief history of the Electric Vehicle 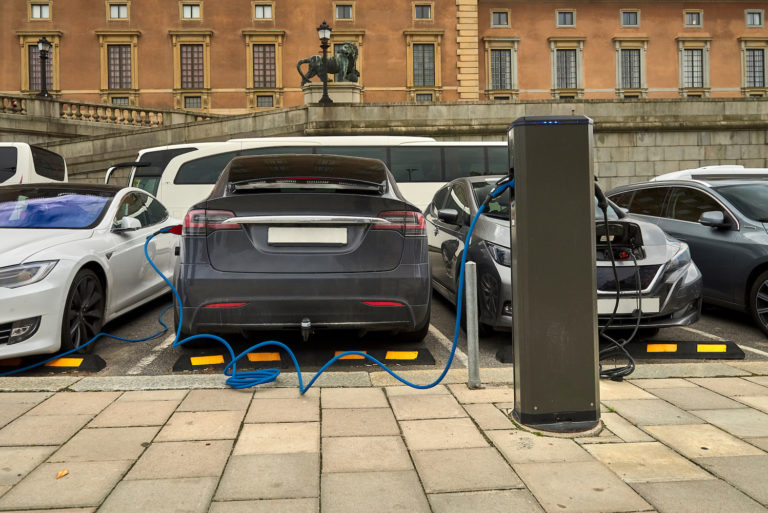 Most people in the modern world will now have a good idea, or certainly be aware of the existence of Electric Cars (EVs) and some of their benefits. But have you ever wondered how it all began? This may come as a surprise to some, but the origins of the EV actually date all the way back to the early 1800s.

We’ve put together a short timeline to give you the rundown on the history of Electric Cars and vehicles, you might be surprised at what you find out!

The first recorded Electric Locomotive was built in 1837 and is credited to a chemist named Robert Davidson, of Aberdeen. It was battery-powered, as was his larger locomotive (Gavlani) which he built and exhibited in 1941. During this period (1832-39) another Scottish inventor, Robert Anderson was able to invent the first crude electric carriage powered by non-rechargeable primary cells.

It wasn’t until 1859 that the opportunity to viably store electricity on board a vehicle was available, when the invention of the lead-acid battery came into being from Frenchman Gaston Planté. This led to his fellow countryman Gustave Trouve inventing the world’s first ever Electric Vehicle, with his Tricycle in 1881. This led to a domino effect in a relatively short space of time, with English inventor Thomas Parker (responsible for electrifying the London Underground) building the first production Electric Car in London in 1884. The UK and France were the first nations to support widespread development of EVs, with the first US development arriving in 1890-91.

The end of the 19th Century saw a surge of interest in EVs, with fleets of electric-powered cabs becoming the norm across major world cities such as London and New York. EVs of this period were thought to have numerous advantages over their gasoline and steam counterparts, with EVs not producing the same smell, noise or vibration that gasoline cars did, as well as not suffering from the extremely long (45 minute) start-up times offered from steam-powered cars. As well as this, EVs were the only cars of the period which required no manual effort to start. By the turn of the century it was in the USA where EVs had gained the most acceptance, with 38% of registered automobiles being ran on electric.

Due to a variety of circumstances, the early 20th century popularity of EVs began to drop off by the 1920s. Improvements in road infrastructure meant that EVs were no longer able to offer a great enough distance range to support driving outside urban areas, and large worldwide discoveries of petroleum had meant that gasoline was now widely available at affordable rates. Gasoline vehicles then began to be mass produced, with prices of these vehicles tumbling as the cost of EVs went up. This led to a period of little-to-no production, which was to last for several decades.

In 1959 it was announced that work was to begin on a new experimental Electric Car with a one-piece plastic body. This paved the way for a multitude of EV concepts to appear throughout the 1960s. Due to the energy crises of the 1970s and 80s, interest was ignited in EVs as they were seen as cleaner, more fuel-efficient and more independent. In the early 1990s, the government of California began a push to ultimately move everybody over to zero-emissions vehicles throughout the state. Towards the end of the 90s however, lots of the US market began to favour Sport Utility Vehicles (SUVs) which, despite their poor fuel efficiency were affordable to operate due to low gasoline prices.

At the turn of the millennium, Californian EV makers Tesla were able kickstart a revolution in the market with the development of their Tesla Roadster model. The car was the first all-electric car to travel more than 200 miles per charge. Many fellow automakers have attributed this innovation as the catalyst for the EV industry, crediting Tesla with taking the industry to previously unseen levels of interest.

The popularity of the EV has continued to soar in recent years, with global sales reaching 5.1 million units for the end of 2018. There are several factors to cite when discussing the surge in popularity, with many people discussing the environmental benefits offered by Electric Cars, as well as the potential for home charging making the proposition even greener. As well as this, EVs are known to be cheaper to both run and service.

If you’d like more advice on EVs and whether they’re the right solution for you, be sure to contact our team today.