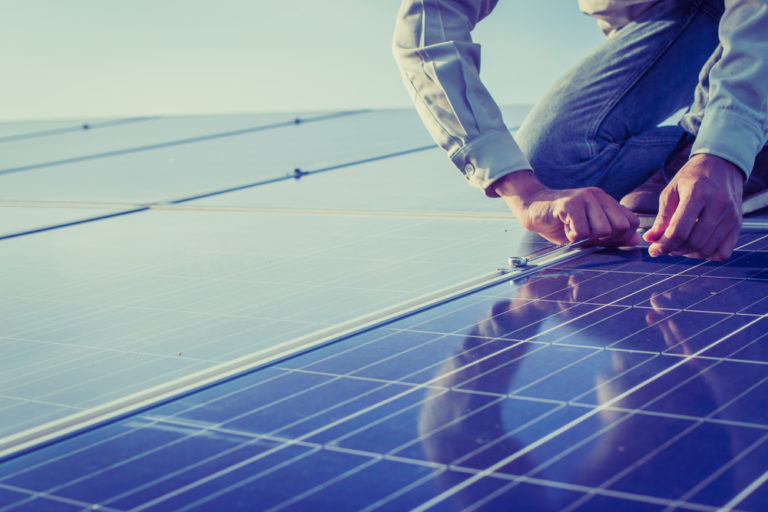 This is the most common misconception about solar panels. Solar panels work by converting daylight into energy, so they don’t require direct sunlight to work. Whilst a solar panel might not produce as much energy as it would on a sunny day, they still produce energy in cloudy weather. It might even surprise you to learn that on some occasions, solar panels can even have higher electricity outputs on partially cloudy days than bright, cloudless days. This is known as the “Edge-of-Cloud Effect”, where the sunlight is magnified, resulting in a significantly higher electrical output.

MYTH TWO: Solar Panels Won’t Work Unless They Have a Southern Facing Roof

MYTH THREE: It Makes More Energy to Manufacture a Solar Panel Than the Panel Will Generate Over Its Entire Lifetime

There may have been a time when this was true but thanks to advances in technology and the manufacturing process, the solar panel industry now helps generate more electricity worldwide than it burns in the creation of solar panels. It’s no secret that energy is consumed during the manufacturing process but now much of the energy that is being used to make solar panels is coming from solar power itself, meaning you won’t have to feel too guilty about the energy it took to create your very own home solar panel system.

When you picture solar panels, you might be imagining row upon row of big, unsightly structures but, these days, solar power systems come in all shapes and sizes. Alongside the more conventional roof panels, PV solar power systems can be installed in smaller, more inconspicuous spaces such as along railings, fences, and other small structures. They can be installed in such a way that, upon first glance, you may not even notice they are there.

To find out more about how Griff Services can fully integrate a solar power system in your home visit our solar panels page. Customers are invited to get in touch for a FREE quote from our friendly and professional team of solar power experts.